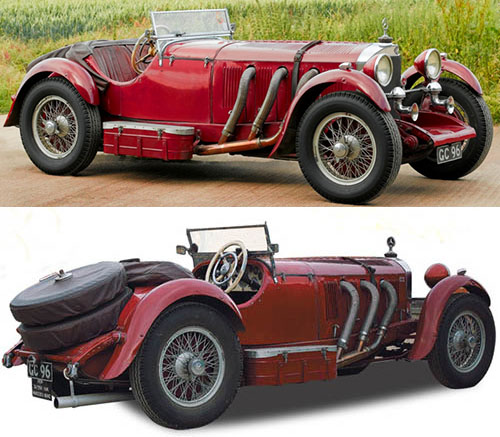 This particular Mercedes-Benz has an interesting history. Shorter and smaller than many of the massively long performance cars of its day (some of which made this list), the SSK stands for Super Sport Kurz — German for short.
It was the last car Ferdinand Porsche designed for Mercedes-Benz before he left the company to build his own cars. It may have been small, but its engine was mighty — a 7.1-liter supercharged powerplant.In 1941, an English gentleman and prolific car collector named George Milligen became this car’s 11th owner. Milligen kept the car until his death at the age of 94. Amazingly, the car was never restored and featured nearly all its original parts — only the sump was replaced in 75 years of ownership.