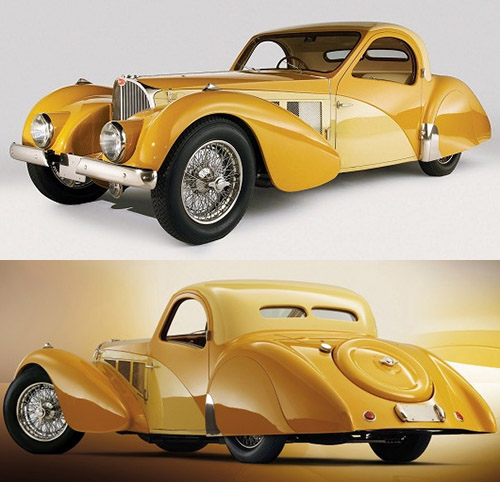 Bugatti’s incredible automobiles saw a lot of success in racing, but it made some amazing road-going cars as well. One of the most sought-after examples is the Type 57SC Atalante, a highly unusual car with a swooping roof and fenders and riveted body panels. Fewer than a dozen were made, and no two were built exactly alike.The SC was the ultimate iteration of the Type 57 line. It had a supercharged 3.3-liter straight-eight cylinder engine putting out 170 horsepower. Also, the SC had an upgraded chassis compared to other Type 57s for better handling and balance. Some have even described it as the world’s first supercar.