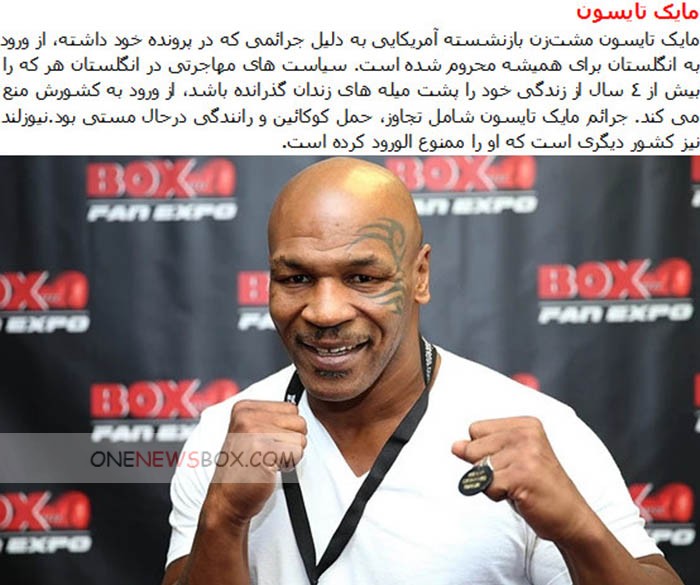 He was forced to cancel upcoming appearances in the United Kingdom after being declined clearance into Great Britain due to his criminal history.The former heavyweight champion was scheduled to arrive in London before being rerouted to Paris after it was discovered his previous convictions bar him from entering the country, according to a report from BBC Sport.