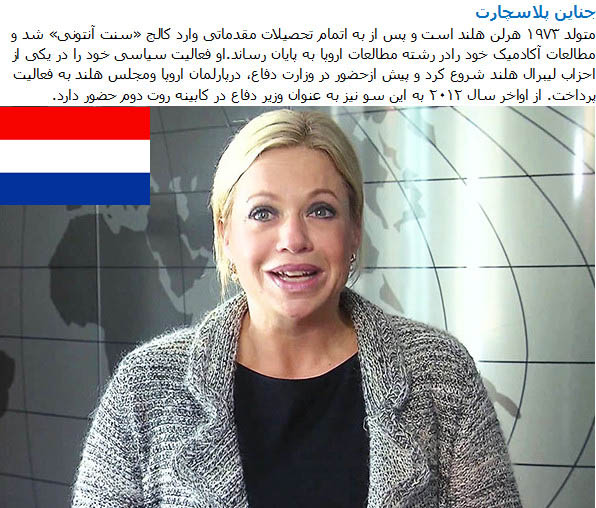 Jeanine Antoinette Hennis-Plasschaert was born 1973 is a Dutch politician of the People’s Party for Freedom and Democracy . She has been the Minister of Defence in the Cabinet Rutte II since 5 November 2012. She previously served as a Member of the European Parliament for the Alliance of Liberals and Democrats for Europe Group from 20 July 2004 until 17 June 2010 when she became a Member of the House of Representatives serving until 5 November 2012.