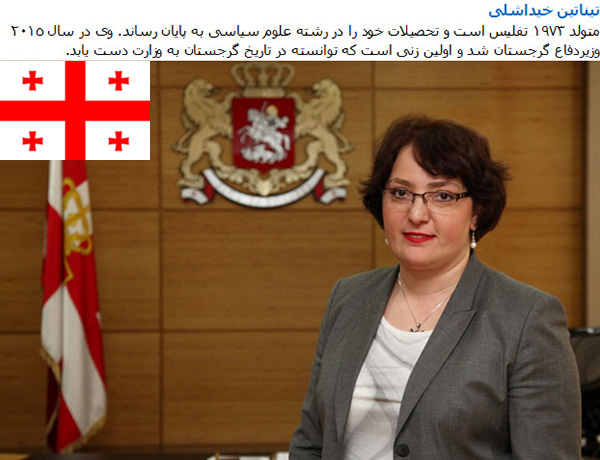 Tinatin “Tina” Khidasheli was born 1973 is a Georgian jurist and politician. A Republican Party member and former civil society activist, she was appointed as Georgia’s Minister of Defense on 1 May 2015, becoming the country’s first ever female defense minister. Khidasheli is married to Davit Usupashvili, the current chairman of the Parliament of Georgia.