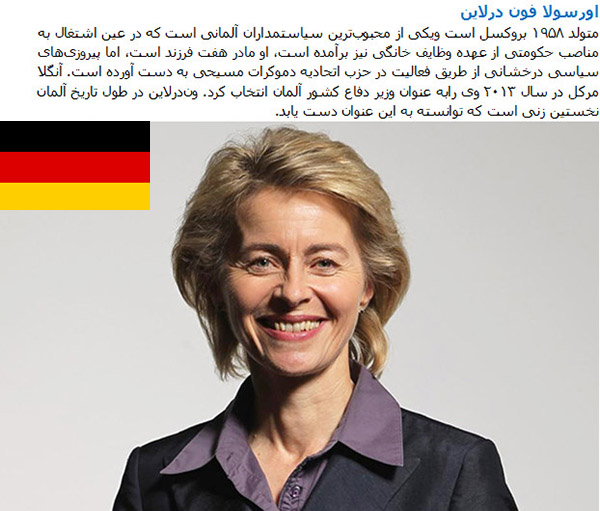 She was born 1958 in Brussels is a German politician who has been the Minister of Defence since 2013, and is the first woman in German history to hold that office. A physician by profession, she previously also served as the Minister of Labour and Social Affairs from 2009 to 2013 and as the Minister of Senior Citizens, Women and Youth from 2005 to 2009. Von der Leyen has been tipped as a possible future successor to Chancellor Angela Merkel due to personal loyalty to the Chancellor and her ‘political instinct’