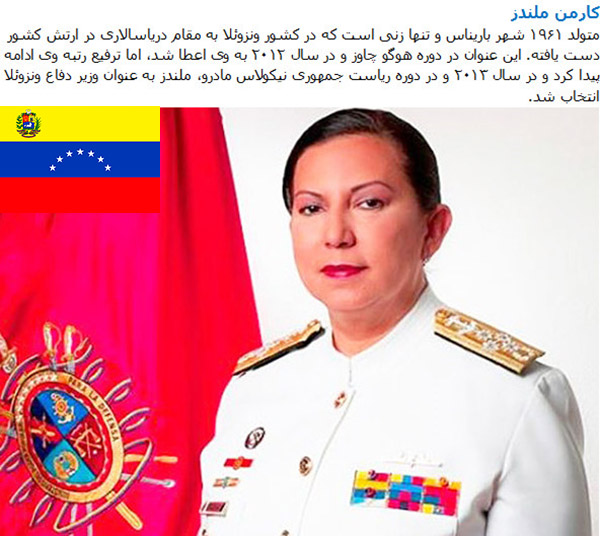 She was born 1961. She was the Deputy Minister of Education of the Ministry of Defense. On July 3, 2012, the president of Venezuela, Hugo Chavez, promoted her to the post of Vice Admiral. Melendez was the first Venezuelan woman to receive this distinction in after being named Commander of General Staff of the Bolivarian Armed Forces. On 13 October, she was named Minister of People’s Power of the Office by President Hugo Chavez and confirmed by national decree on 15 October.