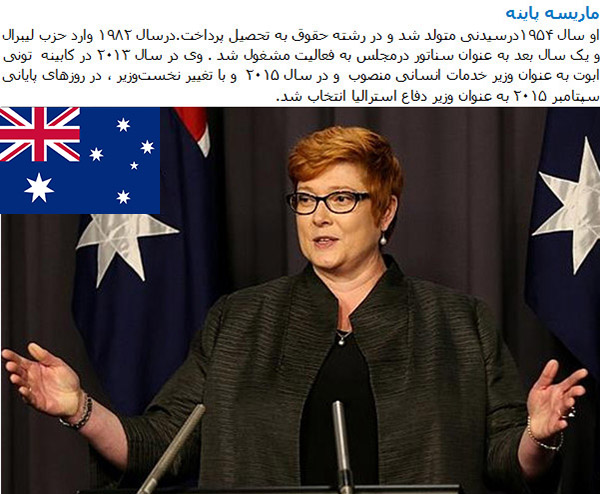 Marise Ann Payne was born 1964 is an Australian politician. She is a Liberal Party Senator for the state of New South Wales. Senator Payne was appointed to the Senate on 9 April 1997, and elected in 2001 for a full term, and again in 2007 and 2013. Payne was promoted to cabinet as Australia’s first female Minister for Defence, in the Turnbull Government, on 21 September 2015.