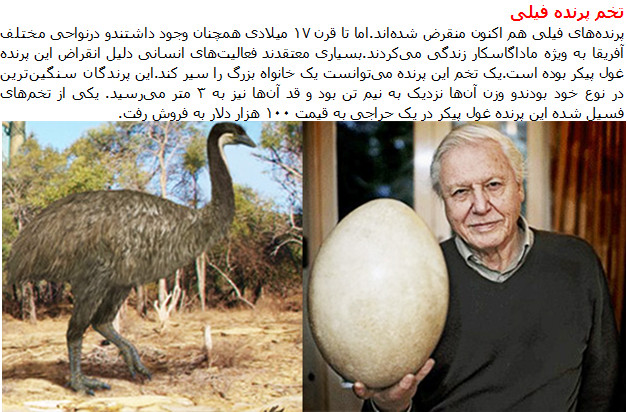 A massive, partly fossilized egg laid by a now-extinct elephant bird has sold for more than double its estimate at a London auction.Christie’s auction house said Wednesday that the foot-long, nearly nine-inches in diameter egg fetched 66,675 pounds ($101,813). It had been valued at 20,000 to 30,000 pounds pre-sale, and was sold to an anonymous buyer over the telephone after about 10 minutes of competitive bidding.