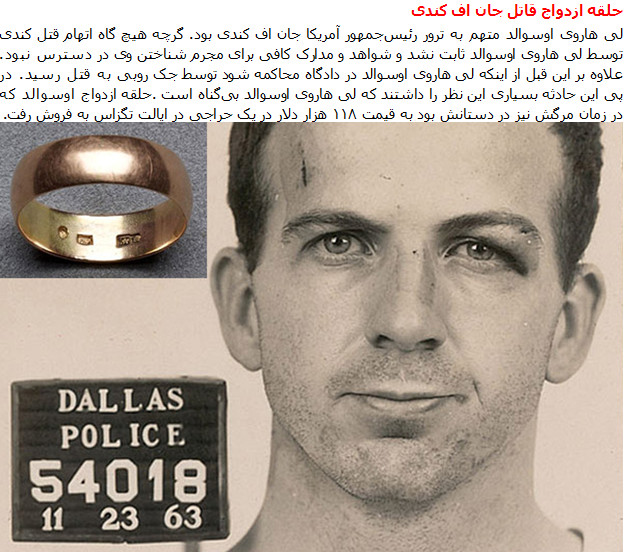 Lee Harvey Oswald’s gold wedding band has sold at auction for $118,000. RR Auction said the ring that belonged to the man who assassinated President John F. Kennedy sold to a Texas buyer who wishes to remain anonymous. The ring was among nearly 300 items linked to the former president that went up for auction Thursday in Boston. On the morning of Nov. 22, 1963, Oswald left the wedding ring in a cup on the dresser and left $170 in one of its drawers before he headed for work at the Texas School Book Depository.