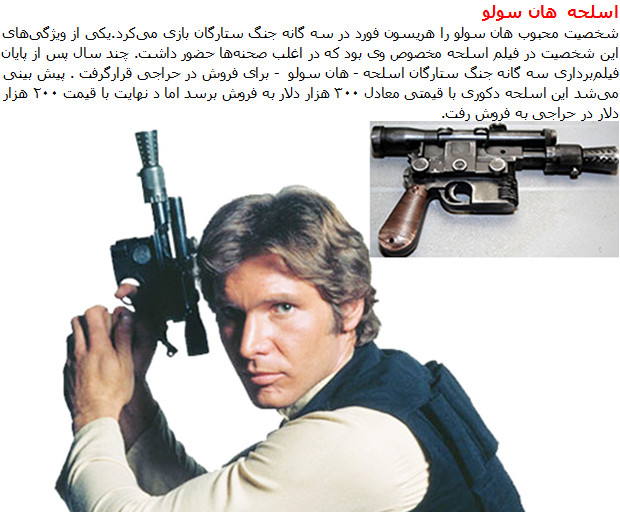 A blaster used by Harrison Ford’s Han Solo in the original Star Wars trilogy is to go on sale for at least $200,000 via an online auction.Based on the German Mauser C96 handgun, Solo’s modified “DL-44″ blaster was used in 1980’s The Empire Strikes Back and 1983’s Return of the Jedi. It will be auctioned on 21 December via invaluable.com.”This non-firing blaster was created for The Empire Strikes Back and was also used in Return of the Jedi,” reads the lot description.