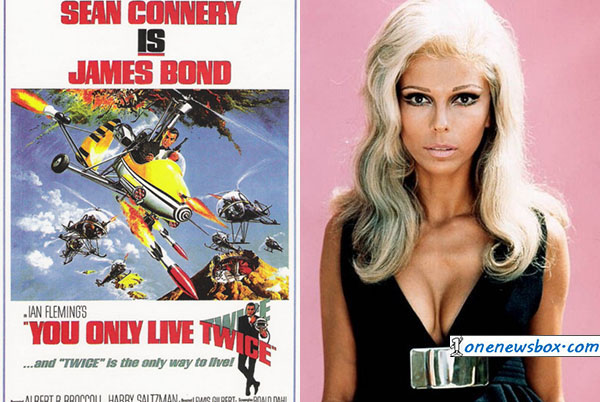 9. You only live twice – Nancy Sinatra

You Only Live Twice (1967) is the fifth spy film in the James Bond series, and the fifth to star Sean Connery as the fictional MI6 agent James Bond. The film’s screenplay was written by Roald Dahl, and loosely based on Ian Fleming’s 1964 novel of the same name. It is the first James Bond film to discard most of Fleming’s plot, using only a few characters and locations from the book as the background for an entirely new story.