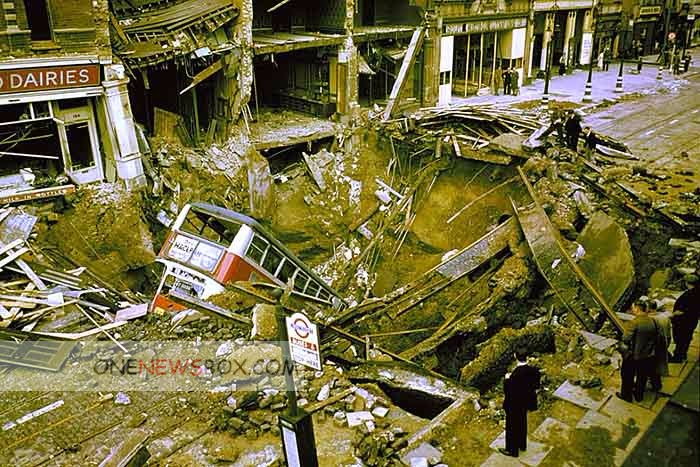 For many, photographs from the devastation have only been seen in grainy black and white. But now, new color images have emerged that show the full horror of the destruction inflicted by enemies towards London. The powerful images were released to mark the 70th anniversary of the launch of the then prime minister of England.The genesis for the campaign began in January of that year when Belgian minister Victor de Laveleye suggested that his country uses the V as a rallying symbol.