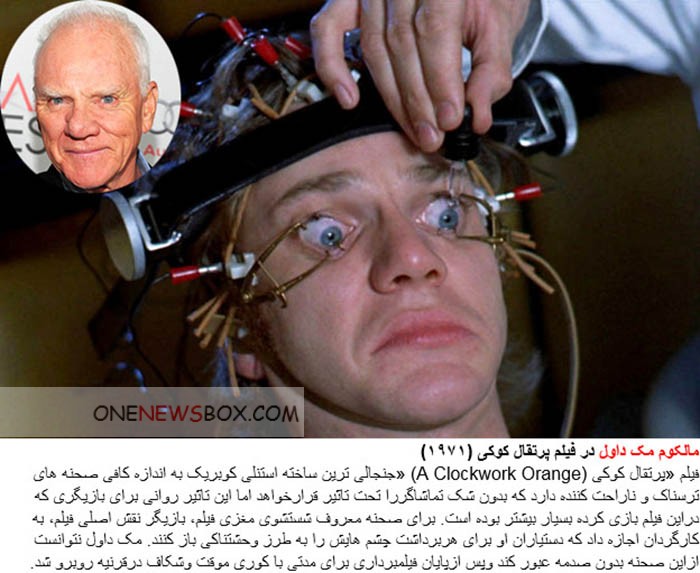 Malcolm McDowell in A Clockwork Orange (1971)

Stanley Kubrick’s highly controversial A Clockwork Orange is disturbing enough to the viewer, let alone to the actor who starred in it. For the famous brainwashing scene in the film, lead actor Malcolm McDowell allowed his eyes to be pinned open for every take. Unfortunately, McDowell didn’t leave unscathed: the physical torment caused him to suffer from temporary blindness and a scratched cornea. We imagine the psychological effects were even more painful than that.