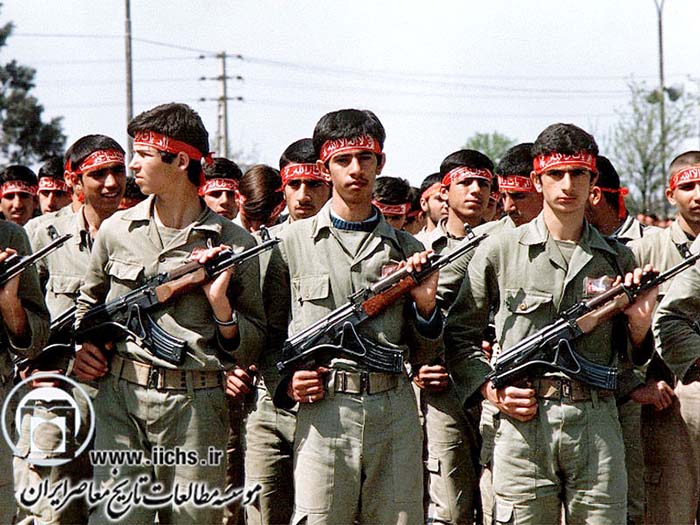 Alongside the traditional motives for enlistment like patriotism and personal honour, recruits would often declare that they had joined up to fight for the revolution, and the world Ayatollah Khomeini wanted to create . During the war, recruiters would often reference the battle of Karbala, when the third of Shia Islam’s ruling Imams, Hussain ibn Ali, and his allies, were massacred by the Umayyad Caliph, Yazid I over the question of the spiritual leadership of the Islamic world, and make reference to the supposed presence of soldiers at the battle, in order to provide religious precedent for the enlistment of teenagers .