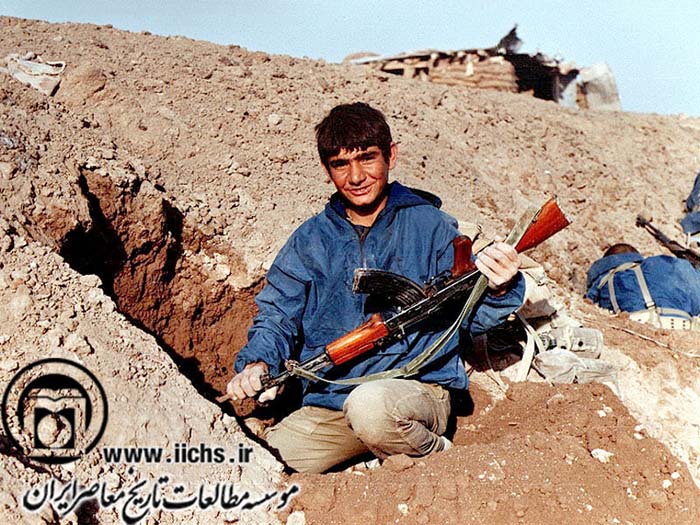 Hossein Fahmideh was declared a martyr for Islam, and the example he set was used to lure more children into war, kids who wanted to be heroes just like he was. During that war many children left their homes to join the fight, with or without permission from their parents. Military officers accepted them, seemingly without any qualms. At the time, they justified this using the argument that the situation was utterly desperate.