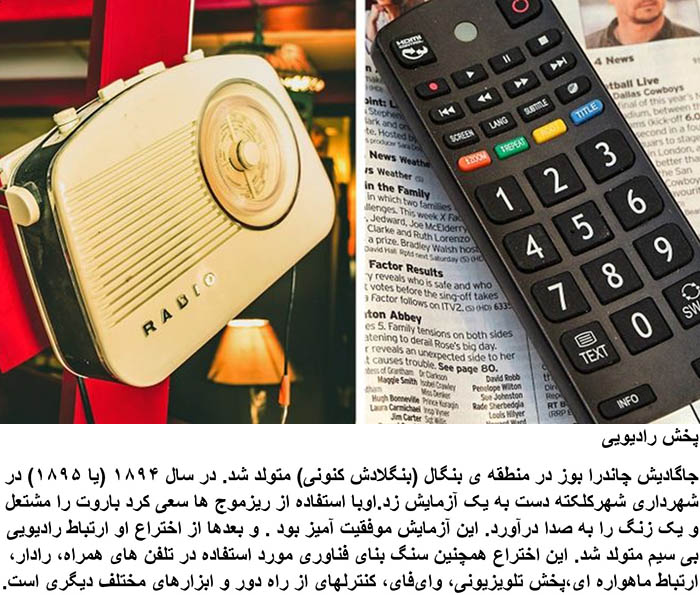 Jagadish Chandra Bose was born in Munshiganj, Bengal Presidency (now Bangladesh). In 1894 (or 1895) at the Town Hall of Kolkata, he conducted an experiment. Using microwaves, he tried to ignite gunpowder and ring a bell. The experiment was a success. And later, his invention gave birth to wireless radio communications. Also, it is the basis of the technology used in mobile telephony, radar, satellite communications, television broadcasting, Wi-Fi, remote controls, and various other applications.