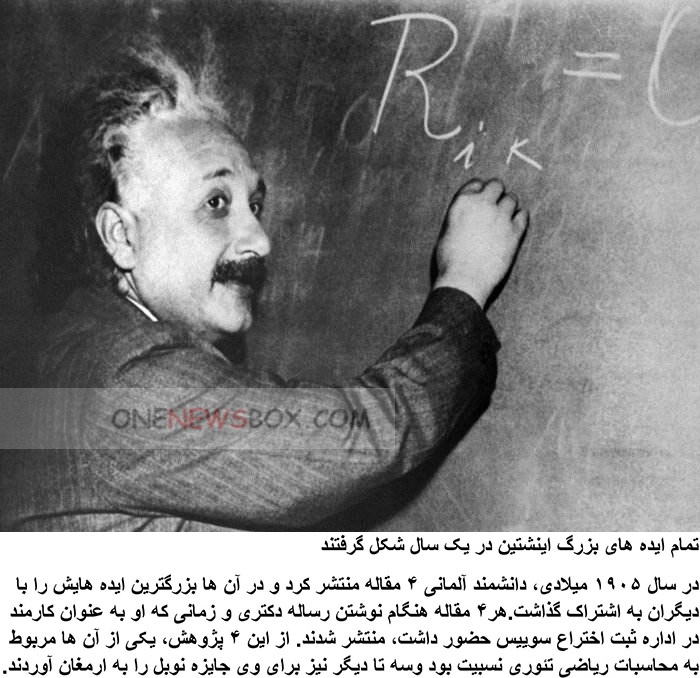 In 1905, a year sometimes described as his annus mirabilis (‘miracle year’), Einstein published four groundbreaking papers. These outlined the theory of the photoelectric effect, explained Brownian motion, introduced special relativity, and demonstrated mass-energy equivalence. Einstein thought that the laws of classical mechanics could no longer be reconciled with those of the electromagnetic field, which led him to develop his special theory of relativity.