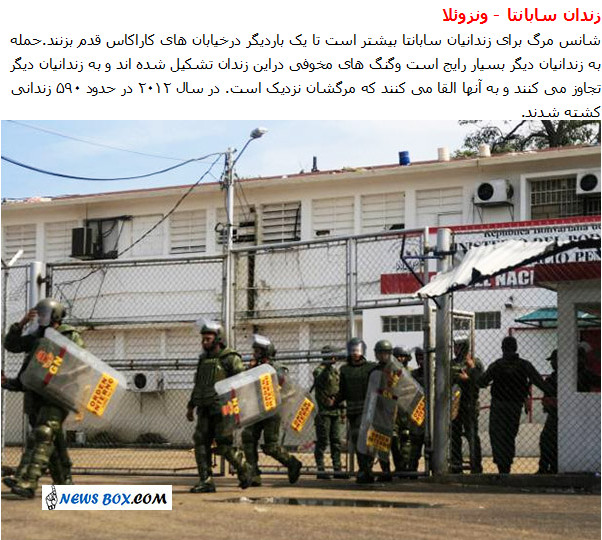 Venezuelans incarcerated at the infamous La Sabaneta Prison have a greater chance of dying in prison then they do on the streets of Caracas. Described by the late President Hugo Chavez as “The gateway to the fifth circle of hell,” it’s overcrowded, underfunded, and understaffed. Gangs run the prison, rape is a part of the culture of fear, where those who aren’t in control, know that death is always near. Riots are regular. Murder is common. In 2012, 591 prisoners were killed. A raid at the prison in September of 2013 following the deaths of 16, inmates yielded a huge cache of weapons. Guards confiscated 22,000 rounds of ammo, pistols, rifles, and an underground tunnel for storing marijuana and cocaine.