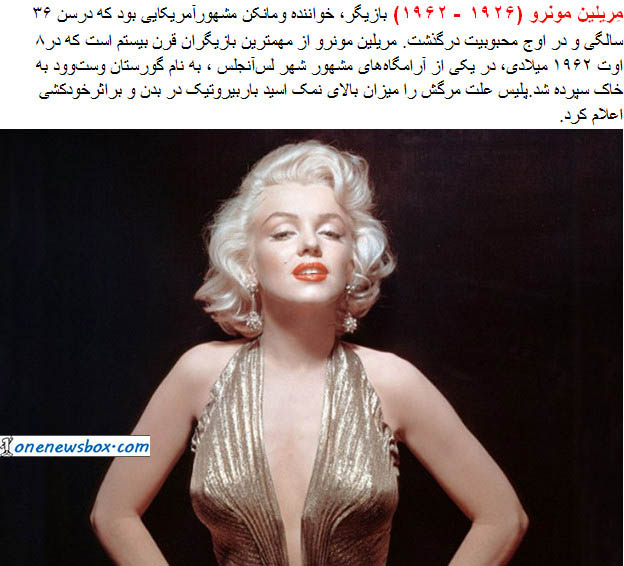 Born Norma Jeane Mortenson, Marilyn Monroe was a model and actress who would become one of the most famous women in history. She was a blond bombshell that had been linked romantically to President John F. Kennedy and was married to author Arthur Miller and baseball player Joe DiMaggio.Monroe was found dead in her home due to an overdose of barbiturates and her death has been hotly debated as being an intentional suicide, accidental suicide or murder for decades.