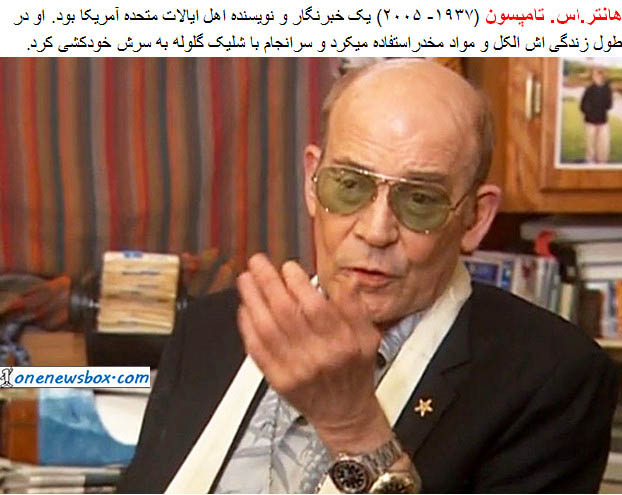 American author and journalist Hunter S. Thompson became a well-known counter culture figure in the 1960s and coined the term Gonzo Journalism to describe his style of writing. Thompson used drugs and alcohol throughout his life and suffered many health problems in his later years as a result. In 2005 he died of a self-inflicted gunshot wound to the head.