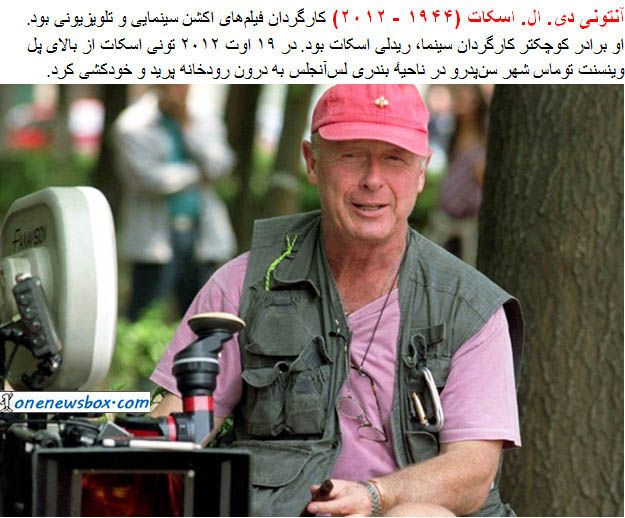 Tony Scott was a British film producer and director known for such movies as Top Gun (1986), True Romance (1993) and Man on Fire (2004). He is the younger brother of director Ridley Scott. Tony Scott committed suicide by jumping off the Vincent Thomas Bridge in San Pedro, California and witnesses say he didn’t hesitate before jumping to his death. Police reported notes left behind in his car and at his home, but the contents of those notes have never been revealed. It has been rumored that Scott had been diagnosed with terminal brain cancer, but his family vehemently denies the rumor.