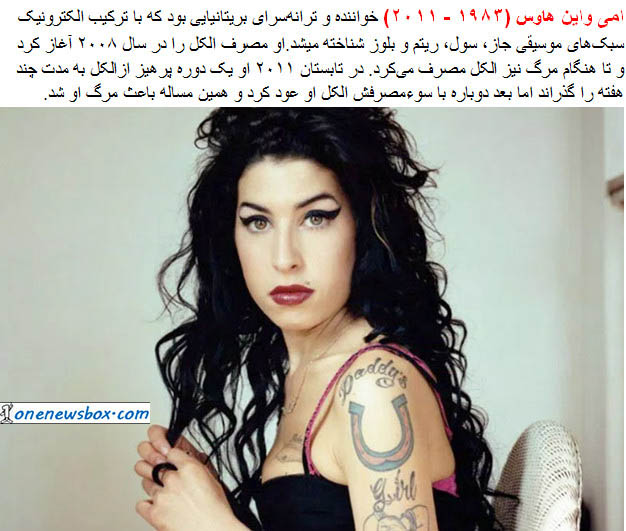 An English singer and songwriter, Winehouse had a deep sultry voice that lent itself to hit after hit on the music charts. Her second album Back to Black in 2008 garnered Winehouse five Grammy Awards, making her the first British female singer to win five Grammys in a single year. Amy Winehouse had a chaotic life and a very public struggle with alcoholism and bulimia. Winehouse died of alcohol poisoning in July of 2011 in what was declared an accidental suicide.