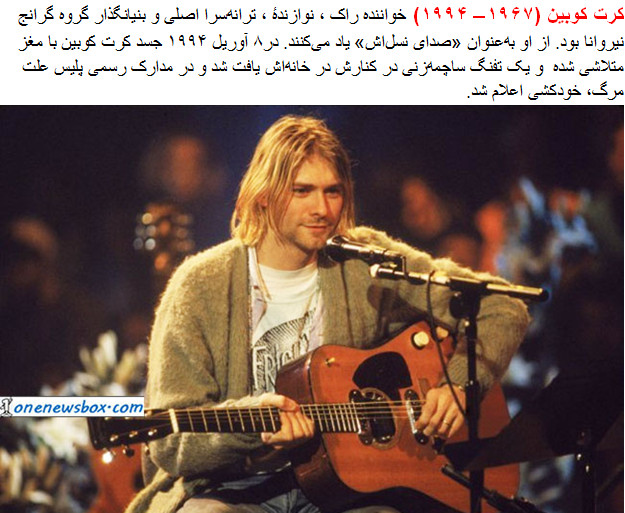 He (1967 – 1994) was an American musician who was best known as the lead singer, guitarist, and primary songwriter of the rock band Nirvana. Cobain formed Nirvana with Krist Novoselic in Aberdeen, Washington, in 1985 and established it as part of the Seattle music scene and grunge genre. Nirvana’s debut album Bleach was released on the independent record label Sub Pop in 1989.