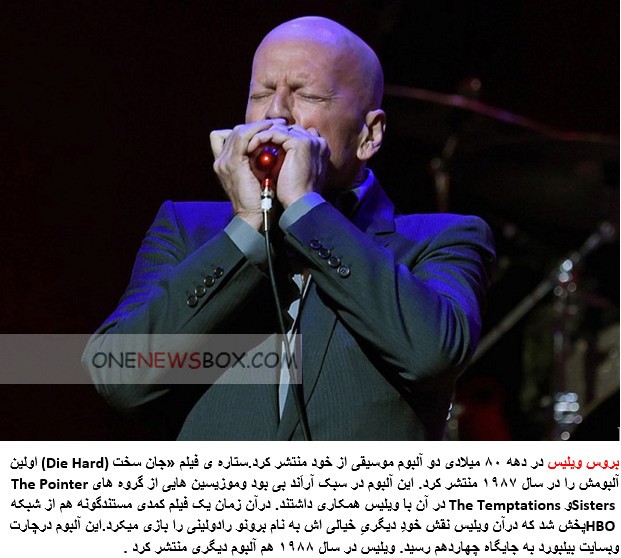 The “Die Hard” actor released his first album, “The Return of Bruno,” in 1987. The R&B album featured musicians including The Pointer Sisters and The Temptations. It was accompanied by an HBO mockumentary also starring Willis as his own fictitious alter ego named Bruno Radolini.The album reached No. 14 on the Billboard charts. Willis followed the album up with another in 1998, but it didn’t chart.