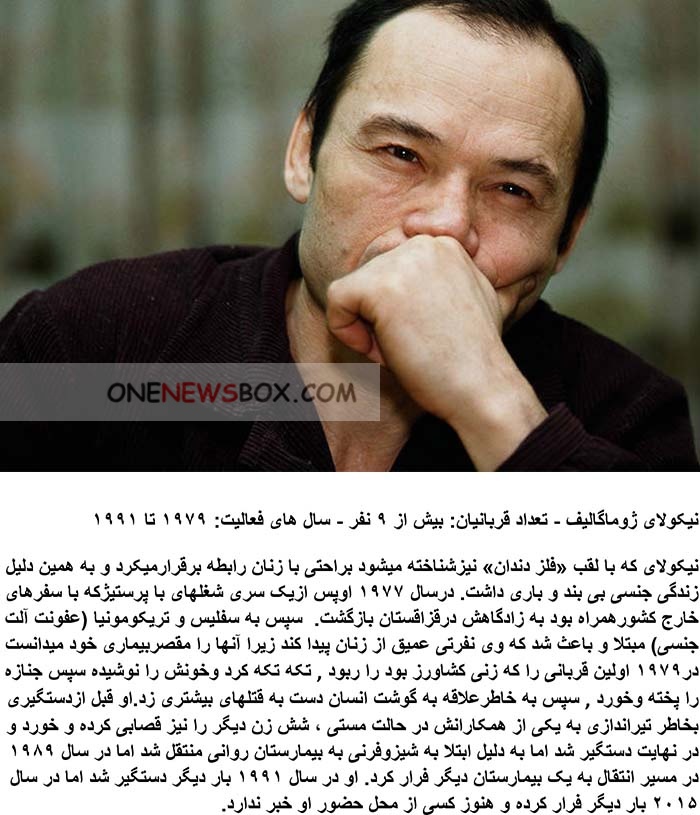 Nicknamed ‘Metal-Fang’, Nikolai was deemed a bit of a lady’s man, having no trouble picking up women for casual… encounters. In 1977, he returned to his home town of Uzun-Agach, Kazakhstan, after a series of blue-collar jobs which took him to different countries. Not long after however, those ‘casual encounters’ came back to haunt him as he was diagnosed with syphilis and trichomoniasis… ouch.This diagnosis spiralled Nikolai into a rage against all women, as he blamed them for his infections, which pushed him towards his gruesome crimes. After two years of planning, Nikolai struck his first victim in January 1979.