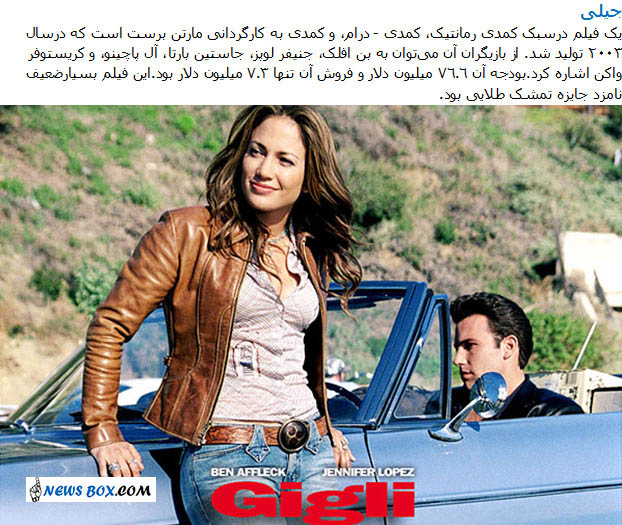 Gigli is a 2003 American romantic comedy film written and directed by Martin Brest and starring Ben Affleck, Jennifer Lopez, Justin Bartha, Al Pacino, Christopher Walken, and Lainie Kazan.After a protracted battle between studio and director, a radically revised version of the original film was released.There was significant media attention and popular interest prior to its release, primarily because Affleck and Lopez, the film’s stars, were romantically involved at the time. The film was also one of the most expensive box office bombs in history, grossing $7.2 million against a $75.6 million budget.