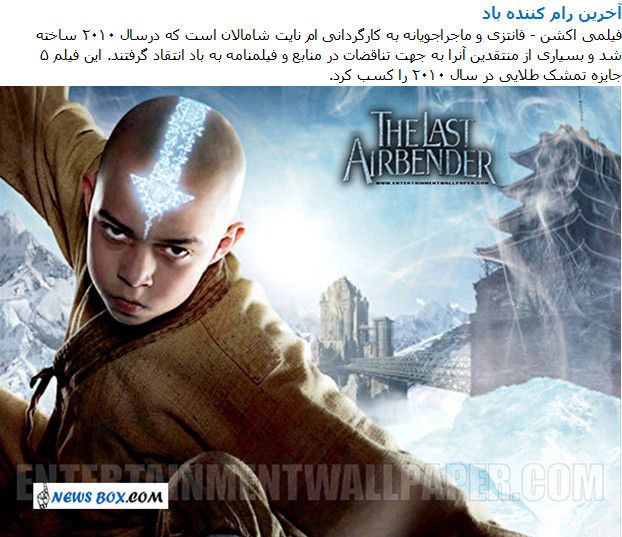 The Last Airbender is a 2010 American action fantasy adventure film written, produced, and directed by M. Night Shyamalan. It is based on the first season of the 2000s Nickelodeon animated series Avatar: The Last Airbender. The film stars Noah Ringer as Aang, with Dev Patel as Prince Zuko, Nicola Peltz as Katara, and Jackson Rathbone as Sokka.Development for the film began in 2007. It was produced by Nickelodeon Movies and distributed by Paramount Pictures. Premiering in New York City on June 30, 2010, it opened in the United States the following day, grossing an estimated $16 million.