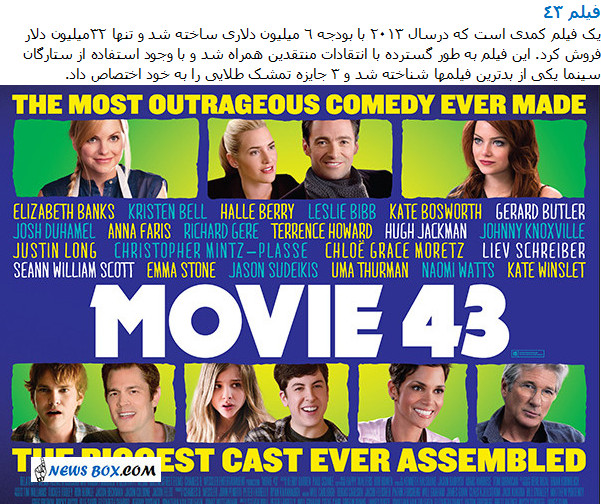 Movie 43 is a 2013 American anthology comedy film co-directed and produced by Peter Farrelly, and written by Rocky Russo and Jeremy Sosenko among others. The film took almost a decade to get into production as most studios outright rejected the script, which was eventually picked up by Relativity Media for $6 million. The film was shot over a period of several years, as casting also proved to be a challenge for the producers. Some actors, including George Clooney, immediately declined to take part, while others, such as Richard Gere, attempted to get out of the project.Released on January 25, 2013, Movie 43 has been widely panned by critics, with Richard Roeper calling it “the Citizen Kane of awful”,joining others who labeled it as one of the worst films of all time. The film won three awards at the 34th Golden Raspberry Awards, including Worst Picture.