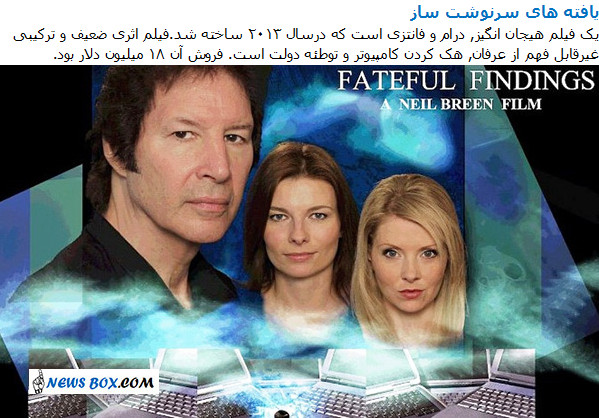 Fateful Findings is a 2014 paranormal, science fiction, conspiracy film written, produced, and directed by Neil Breen.Mystical powers are revealed to Dylan after he is hit by a car and survives the accident through a mysterious and miraculous speedy recovery. The accident enlightens Dylan not only to his own powers, but to the corruption of governments and corporations. Formerly an author, Dylan exercises his new found powers to expose the most secret government and corporate secrets. His commitment to this mission is tested by his wife’s downward spiral into alcohol and drugs and the suspicious death of his best friend.