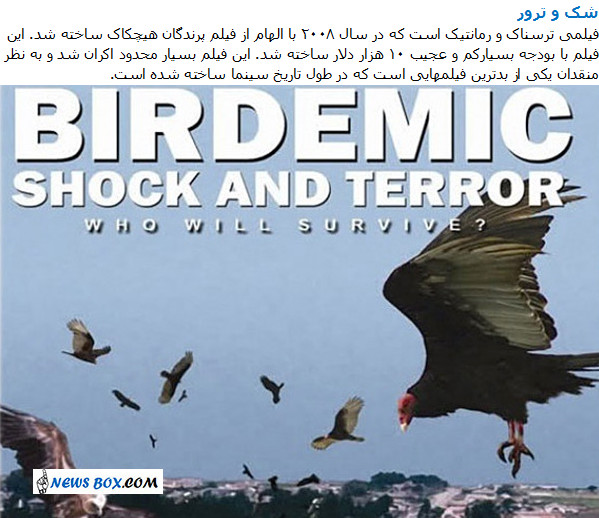 Birdemic: Shock and Terror (often shortened to Birdemic) is a 2008 American independent romantic horror film written, directed, and produced by James Nguyen. The film stars Alan Bagh and Whitney Moore. Inspired by Alfred Hitchcock’s The Birds, Birdemic tells the story of a romance between the two main characters as their small town is attacked by birds.Birdemic was made with no studio support, largely self-financed and produced through Nguyen’s Moviehead Pictures company for a budget of less than $10,000. The film has gained notoriety for its poor quality, with many critics citing it as one of the worst films of all time. After a limited theatrical release, the film gained a cult following and was picked up for distribution by Severin Films in 2010.