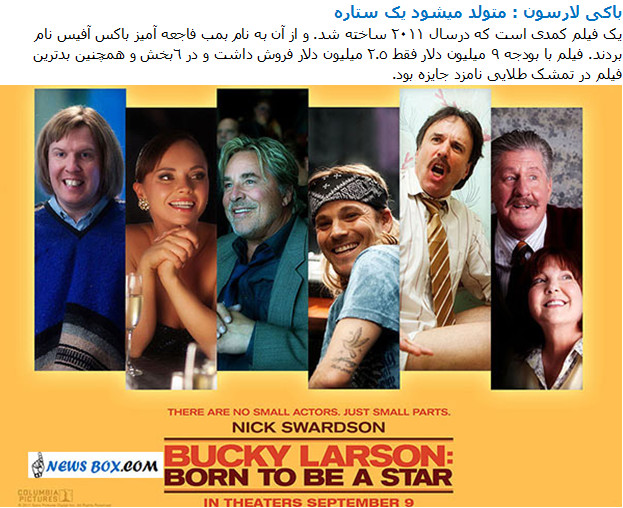 Bucky Larson: Born to Be a Star is a 2011 American comedy film produced by Happy Madison Productions and distributed by Columbia Pictures. Adam Sandler, Allen Covert, and Nick Swardson (as the film’s lead actor) co-wrote the script and Tom Brady directed. It was released on September 9, 2011. It was a disastrous box office bomb and had received negative reviews by every film critic, earning a 0% approval rating on Rotten Tomatoes. It was nominated for six Razzies, including the Golden Raspberry Award for Worst Picture, but lost to the film Jack and Jill, another film from Happy Madison Productions.