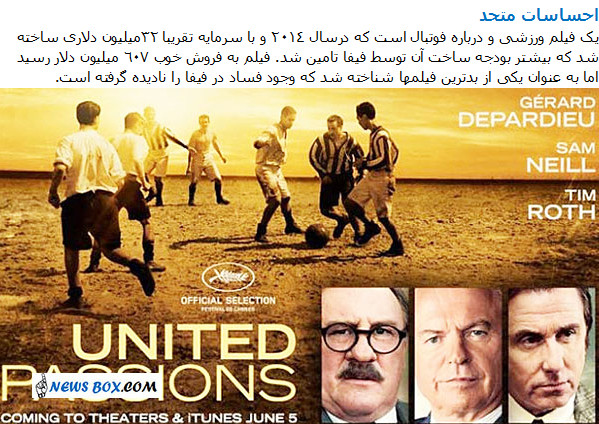 United Passions is a 2014 English-language French drama film about the origins of the world governing body of association football, Fédération Internationale de Football Association (FIFA). Ninety-percent funded by FIFA,it stars Tim Roth, Gérard Depardieu, and Sam Neill, and is directed by Frédéric Auburtin. It premiered at the Cannes Film Festival on 18 May 2014, and was released in Serbia on 19 June 2014.The film was released in North America on 5 June 2015, grossing $918 in its opening weekend and has been now considered to be one of the worst films of all time.