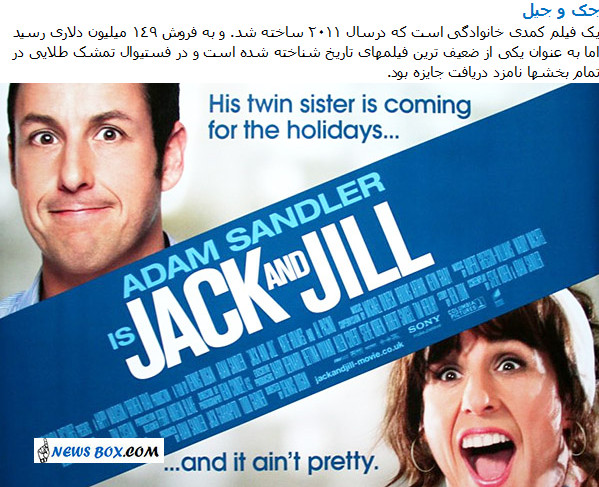 Jack and Jill is a 2011 American comedy film co-written, produced by, and starring Adam Sandler, Katie Holmes, and Al Pacino, and directed by Dennis Dugan, who has collaborated with Sandler on many of his films. It was distributed by Columbia Pictures and released on November 11, 2011.The film was a commercial success at the box office with a worldwide gross over $149 million, but was universally panned; it holds a score of 3% on Rotten Tomatoes and is considered by many to be one of the worst films of all time. It became the first film to win in every category at the Golden Raspberry Awards, in the process breaking the record held by Battlefield Earth for the most Razzie awards for a single film.