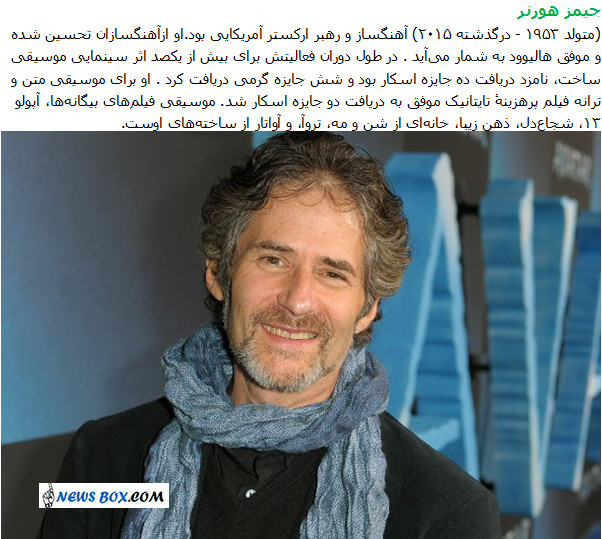 He (1953 – 2015) was an Academy and Golden Globe award-winning American composer, conductor and orchestrator of film scores. He was known for the integration of choral and electronic elements in many of his film scores, and for his frequent use of motifs associated with Celtic music.Horner was an accomplished concert hall composer before he moved into writing film scores.