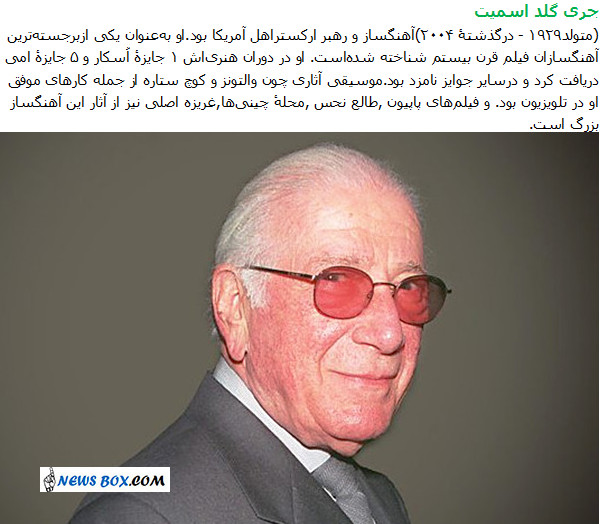 He (1929 – 2004) was an American composer and conductor most known for his work in film and television scoring. He composed scores for such noteworthy films as The Sand Pebbles, Logan’s Run, Planet of the Apes, Patton, Papillon, Chinatown, The Wind and the Lion, The Omen, The Boys from Brazil, Alien, Poltergeist, The Secret of NIMH, Gremlins, Hoosiers, Total Recall, Basic Instinct, Rudy, Air Force One, L.A. Confidential, Mulan, The Mummy, three Rambo films, and five Star Trek films.