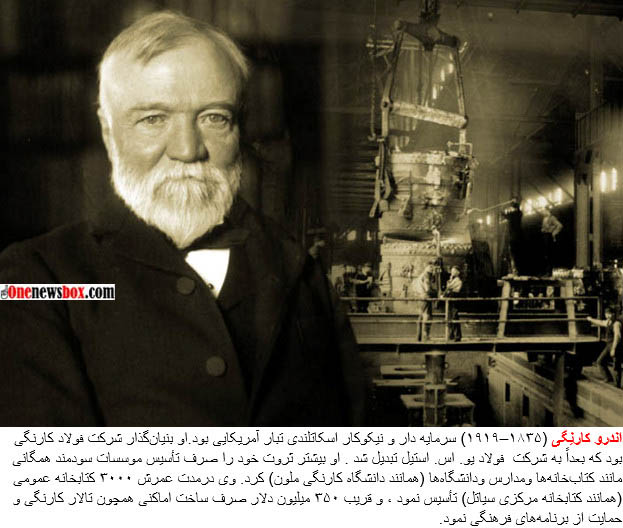 Andrew Carnegie (1835 – 1919) was a Scottish American industrialist who led the enormous expansion of the American steel industry in the late 19th century. He is often identified as one of the richest people and one of the richest Americans ever. He built a leadership role as a philanthropist for the United States and the British Empire. During the last 18 years of his life, he gave away to charities, foundations, and universities about $350 million (in 2015 share of GDP, $78.6 billion) – almost 90 percent of his fortune