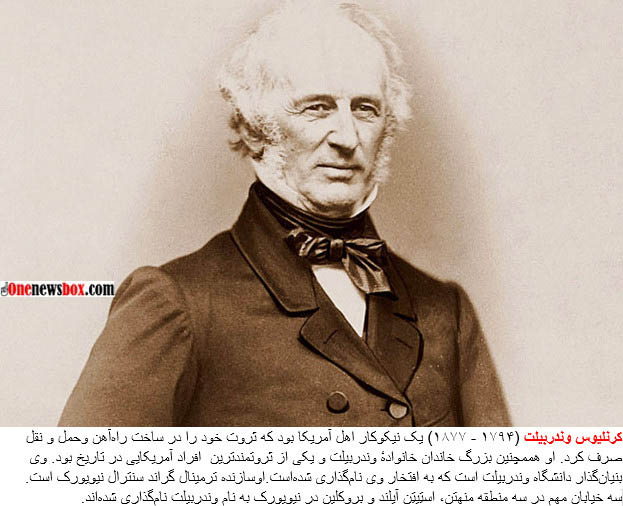 One of the most famous names in American history was built by Cornelius Vanderbilt, a man who came to fortune through the building of railroads and shipping lines during the 1800s. He is also the founder of Vanderbilt University, and his family name still carries much clout today. CNN anchor Anderson Cooper is even a part of the Vanderbilt family. During his heyday, Cornelius Vanderbilt’s wealth reached an approximate $185 billion, most of it accumulated later in life as he expanded his railroad empire following the Civil War.