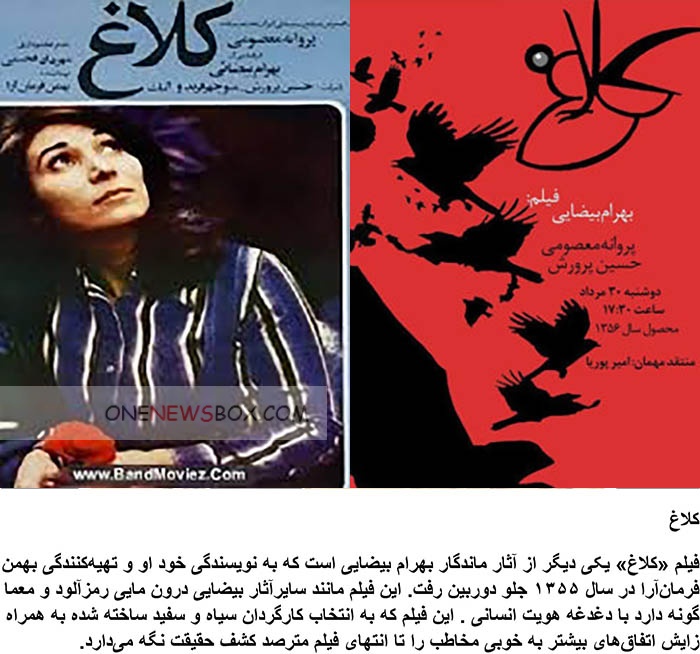 Bahram Beyzai is the director of one of the ground-breaking films of the Iranian New wave, 1972 Ragbar (Downpour). Sohrab Shahid-Saless is auteur director who embodied his original style in his 1975 film Still Life. Abbas Kiarostami is now a well-known director of the 1990s who directed one of the last films that screened before the revolution in 1978, Gozaresh (The Report).