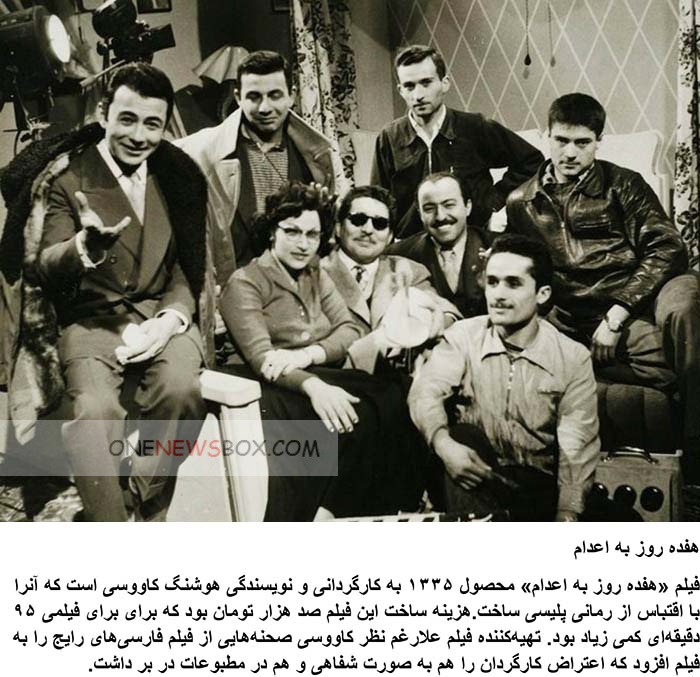 The story of the film was based on a comparison between the state of security in Iran at the end of the Qajar dynasty and during Reza Shah period. Sepanta would go on to direct movies such as Ferdowsi (the life story of the most celebrated epic poet of Iran), Shirin and Farhad (a classic Iranian love story), and Black Eyes (the story of Nader Shah’s invasion of India).