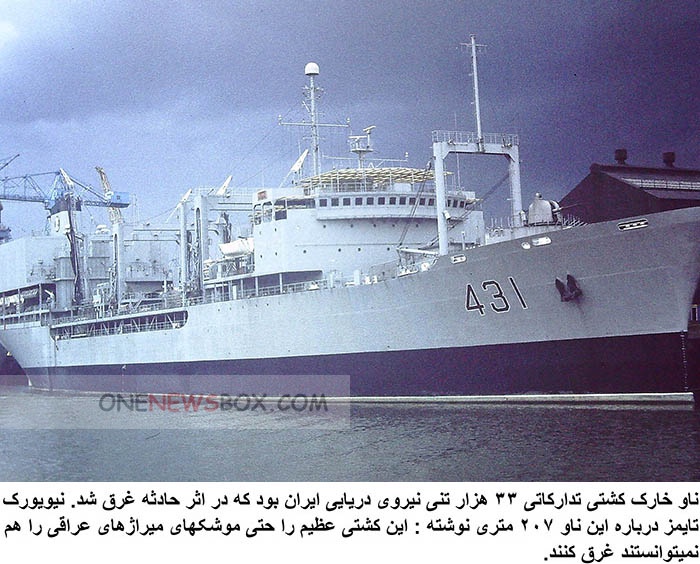 The IRIS Kharg was a modified Ol-class fleet replenishment oiler of the Islamic Republic of Iran Navy, named after Kharg Island. Built by Swan Hunter in the United Kingdom and launched in 1977, it was delivered to Iran in 1984. Kharg was Iran’s largest naval vessel based on tonnage until the launch of Makran in early 2021.