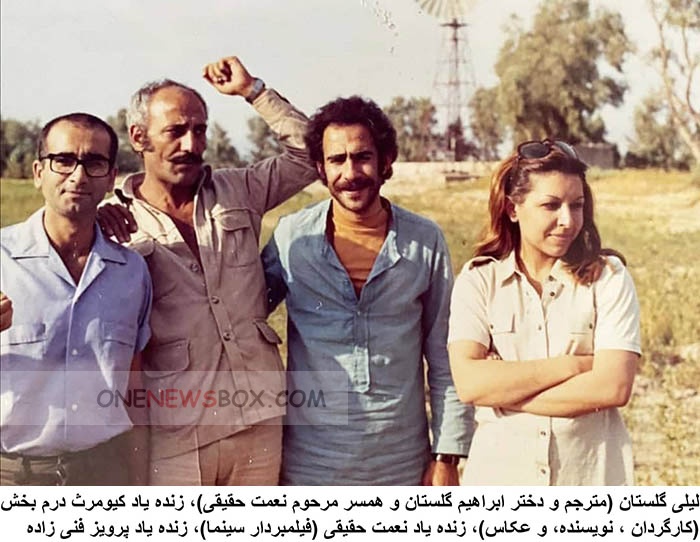 Lili Golestan Taghavi Shirazi (born 14 July 1944) is a translator, and owner and artistic director of the Golestan Gallery in capital. She is the daughter of the filmmaker and writer Ebrahim Golestan, the sister of the late photojournalist Kaveh Golestan and the mother of filmmaker Mani Haghighi. Parviz Fannizadeh (1938 – 1980) was an actor, film and television star. He was one of persian’s first method actors. Fanizadeh is best known for his roles as Mash Ghaasem in My Uncle Napoleon aka Daii jan Napelon and Hekmati in ِDownpour.