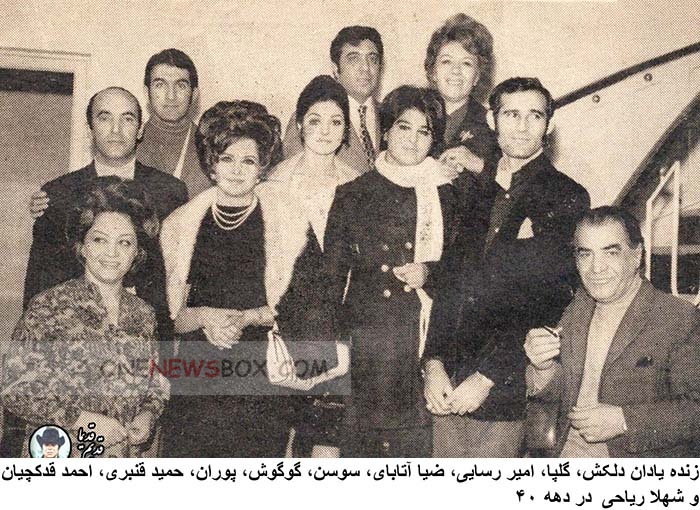 Akbar Golpayegani, commonly known as Golpa, born 1933 , is a Celebrated Persian vocalist who started his career under maestros NoorAli Boroomand and Adib Khansari. In 1956, he became among the first persians performing before UNESCO. Susan ( 1940 –  2004) was a popular singer of particularly the 1960s and 1970s. Among her recordings was her 1969 release of “Kolah Makhmali” (“felt hat”).